Mitch Marner and William Nylander have received their fair share of love and hate from the oh so passionate Leafs fan base. For much of their time in Toronto, there has been an odd fascination of comparing the two dynamic wingers and there have been times when it seems as if people were pitting them against each other. The two players share a lot of similarities, on and off the ice. They came into Toronto as fun, young kids who excited us with their skill and speed. They looked like they loved playing in Toronto, and we loved having them here. In the early stages of their career, we didn’t feel like they owed us anything, we just watched them play the game of hockey with a smile on their face and that in turn, put a smile on our face. Then in the summer of 2018, everything started to change and now we are here. Half the fanbase wants to trade Nylander, the other half wants to trade Marner, reasons for which there are many, not all, in fact very few, logical or sensical. So, the questions I will attempt to answer are, first, how did we get here and second, what do we do from this point forward?

To answer the first question, we must go back to the 2017-2018 season. It was a great season for practically everyone involved with the Leafs organization except for maybe Jake Gardiner. Sure, the end to the season sucked, another 3rd period blown lead in game 7 against Boston, but the journey to get to that point was a huge growth point for the hockey club.  A franchise record in points with 105, Frederik Anderson having a Vezina calibre season and Mitch Marner and William Nylander proving once again just how good they are. They were a young team full of immature kids and they had just proven they could go toe to toe with one on the best teams in the league. Since the 2nd intermission of game 7 though, it has gone downhill for the team, yes with a few exciting moments along the way, signing John Tavares was cool and there was that game 5 win in Boston. But looking at it broadly, it has been a miserable time to be a Leafs fan the past 24 months and it all started with William Nylander’s contract saga.

That isn’t to say I blame ANY of what has happened to the Leafs on Nylander, quite the contrary Nylander did what he had the right to do, he wasn’t holding out for 2 or 3 million more than the Leafs were offering, just a slight uptick from what the Leafs were offering at 6.5 to 6.9 Million. Of course, 400 thousand dollars is a lot to the common man, but for the Leafs and GM Kyle Dubas, in that situation, that is an easy decision to make and Dubas knows he made a mistake. As things have played out, Nylander’s contract has turned out to be a bargain and we wasted a whole season of his contract over something that should have been a non-issue. However, as Nylander’s stock was free-falling off a cliff during the 18-19 season, Marner was doing quite the opposite. Playing with one of the best centres in the league was doing wonders for Marner’s point production as he ended up with 94 points heading into an offseason where it was his turn to go through a long, drawn-out, contract saga. His inflated point total in the 18-19 season led to Marner becoming quite overrated by fans and media alike. If you looked deeper into Marner’s season, you would have found that while it was a great season for the young winger, it wasn’t as great as it looked on the surface.

This graph shows that Marner was overperforming substantially and that eventually, his stats would regress, still, a good player, just not what he was being billed as.

He was being billed as the Leafs best player, a winger who can drive his line the same way Patrick Kane can and the reason why John Tavares scored 47 goals in his debut season as a Leaf.

Just one example to show the hype Marner was getting in the summer of 2019. Jonas Siegel said he would rather have Mitch Marner over BRAYDEN POINT. Anyone who has watched hockey over the past month has seen just how good Brayden Point is. It was truly a worst-case scenario summer for Marner. He was never going to be able to live up to his insane contract because he was never worth his insane contract. Instead of going off his first two seasons as a Leaf, when he tallied 61 and 69 points respectively, many people were fooled by the recency bias of his 94-point season. He signed his 6 years, the 65-million-dollar contract at the beginning of training camp and the rest is history.

Of course, this year was a disappointing one for Marner, but he still averaged over a point per game. That point production is worth an 8 or even 9 million AAV level contract, the same amount players such as Sebastian Aho and Leon Draisaitl make, but not the one he signed in September 2019. So when Marner comes out and says he wasn’t engaged “at all” in game 1 of the Leafs playoff series against Columbus, you can see why the fanbase wouldn’t be pleased with him. Kyle Dubas however, doesn’t understand the criticism of Marner, saying he “really struggles with it”. Kyle, buddy, you got to work with us here, I know you don’t want to criticize your player, but you don’t understand the criticism at all? Not even a little? Bad, bad look for Dubas after that quote.

To answer the question of “how did we get here?” we must take everything into account. Yes, it would be easy to simply say, “their contracts!!!” but that would be downplaying everything else that has happened. For Nylander, it’s the way he plays, the way he acts on and off the ice, he looks nonchalant in everything he does, there’s a sense of arrogance about him and for some people, that doesn’t sit the right way. For Marner, it’s the feeling of greed that surrounds him, at first, he was a lovable little kid, but now he seems to some like a spoiled brat who struggles when things don’t go his way. That may be overselling it, and let me be clear, those are not my sentiments towards the two players, but some fans do feel that way. In the end, it is a combination of the contract holdouts, the underperforming of the team and just the fact that both players are easy targets. Toronto media and fans love to pick on their best players, and this is just another example.

The instant reaction to the Leafs disappointing play-in round exit was to trade one of Marner or Nylander, even I have to admit, I thought they should at the very least look to move one if they could. After I settled down though, in this wacky COVID world, trading your incredibly talented, young, productive forwards when you are very unlikely to get anywhere close to full value back for them doesn’t make much sense. Kyle Dubas has said in the past that he isn’t going to trade excellent young players

and Marner and Nylander fit that bill, but I do think he’ll explore any names other than Matthews.

There have been a lot of names thrown out there, Brett Pesce, Matt Dumba, Josh Manson, and while being good players, they aren’t the level of player you are trading a 23-year-old winger who just scored 30 goals for. The Leafs need right-handed defencemen who can play in the top four, this is true, but that doesn’t mean you get worse overall just to do that. There have also been rumours that the league doesn’t value Nylander as highly as the Leafs do, if that’s the case, why would you trade him for something that you don’t think is at worst equal value? 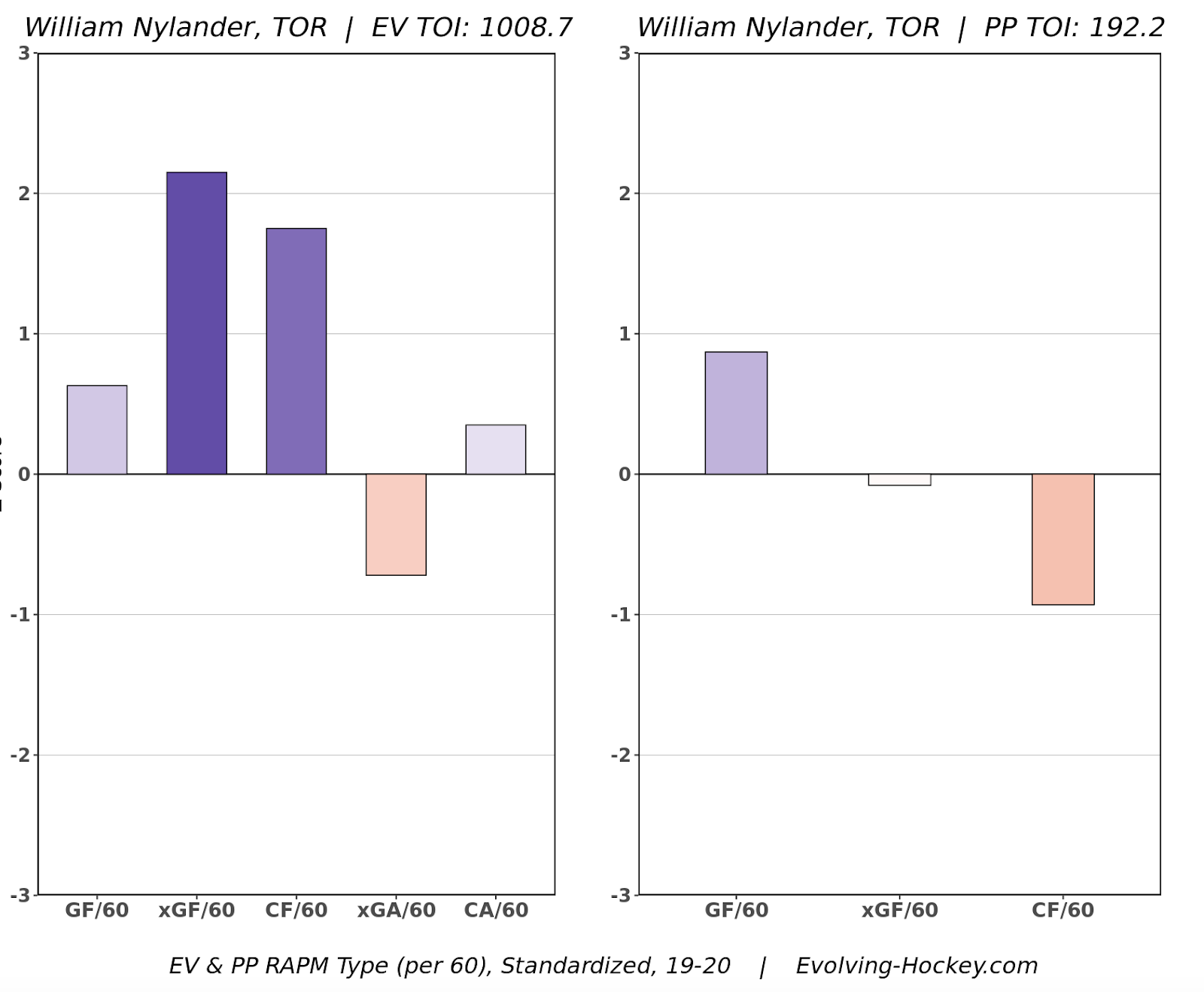 This graph shows us how strong a play driver Nylander is, his puck possession is elite and he is the Leafs best player in terms of zone entries. He’s never going to be a great two-way player, but that’s why he’s only paid 6.9 million instead of 8 or 9. Nylander is on a team-friendly contract and is only going to get better. Out of all of the players in the league making anywhere from 6.5 million to 7 million dollars, the Swede ranks third in goals. Ahead of him is David Pastrnak who plays for the Bruins and we all know how their contracts go and Max Pacioretty who is 30 years old. I don’t think Nylander is untouchable, but the Leafs have to be very sure of what they’re getting in return if they do decide to trade him.

Looking at Marner, his contract makes things hard to even explore the option of trading him, even if they wanted to. With a flat cap going forward, there is only a handful of teams that could even eat his contract. Marner had a really weird season, on the surface, he had a great year, putting up over a point a game. But there were a lot of ups and downs and he struggled to be consistent 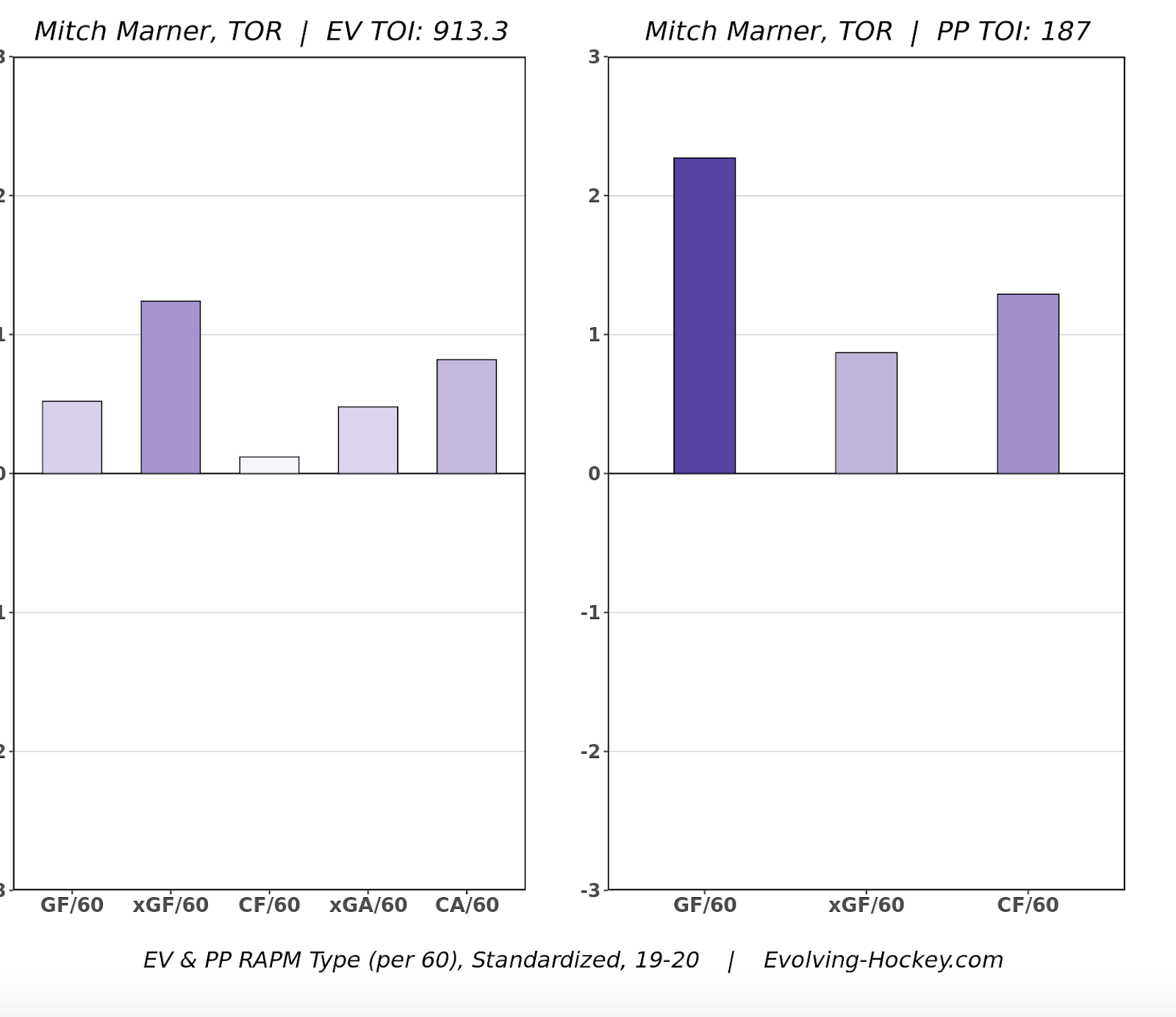 There was that stretch where he played with Matthews and the pair went off for a couple of weeks, but then they cooled down and it just wasn’t working. He had a few periods throughout the year where he was just trying to do way too much and you could tell the contract was getting to him.

Hearing this from the 31 Thoughts podcast a few weeks ago was also very jarring. Marner’s support system just seems to be toxic as hell, it can’t be good for him mentally to have that feeling around him all the time. I think he just needs to get away from everything and has a relaxing offseason and hopefully, he’ll come back ready to go next season. If the Leafs were to explore trading him, again the issue lies in that you’ll be very hard-pressed to get full value for him. I think a target they should go after is Aaron Ekblad. Ekblad had a great bounceback year in a volatile Florida team this year and makes enough money that it wouldn’t be too hard to work out financially 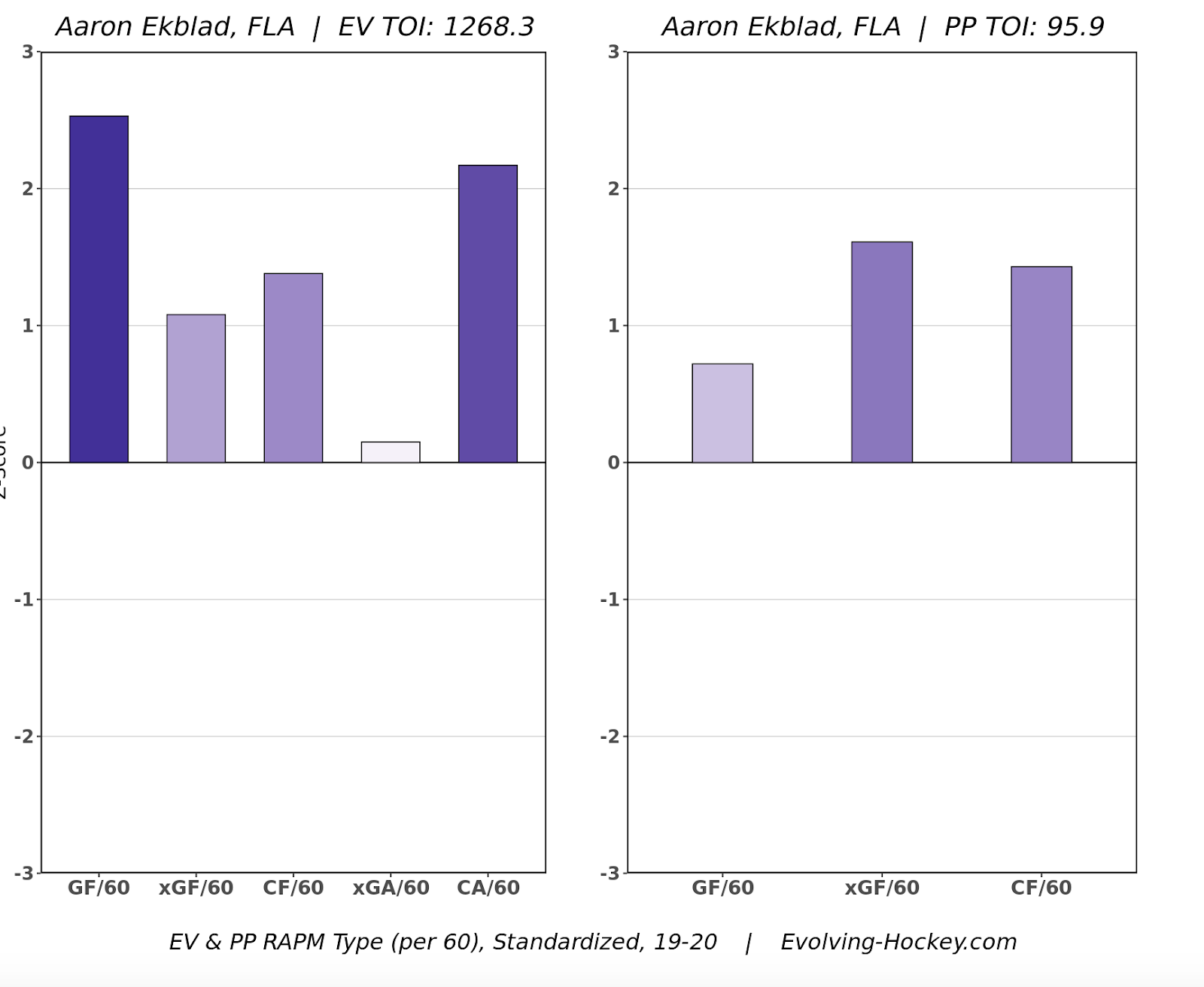 He’s big, physical, can skate well and most importantly plays the right side. He would slide in perfectly as the partner to Morgan Rielly or Jake Muzzin and could play power play and penalty kill minutes. I don’t know if the Panthers are even open to a trade involving Marner or Ekblad and I’m not sure the Leafs are either, but it makes decent enough sense for both sides if they were going to try to move Marner.

I think the best move the Leafs can make in regards to Marner and Nylander is just to be patient. I know that isn’t easy to hear for Leafs fans, but they need to be given at least one more full season where they don’t play the playoffs in a bubble, over the course of five games on crappy ice. If we’re sitting here in 12 months and the Leafs have lost in the first round again or worse, then of course, at that point you need to do something drastic. But both of these players are just too good to give up on so early in their careers, Dubas knows that, tinker around the edges, yes, but let’s give these guys one last chance to show us how good they are.